The Miami-Dade County condo market has had continued success going into the summer. This week was another impressive showing with 136 units sold for a total of $69 Million in total sales volume. On average Miami condos sold for a hefty $510,173 averaging to $278 a square foot.

Fisher Island was the top city for the second time this month because of one sale that was $21.5 Million which put it above Miami Beach trailing at second. Miami Beach had 17 sales for a total of $13 Million and the average condo selling for $770,347. Downtown Miami came in third with 52 sales for a total sales volume of $11 Million.

The top sale this week was a unit located in the newly constructed Palazzo Del Sol of Fisher Island. The luxury penthouse sold for a whopping $21.5 Million, the largest we’ve seen in the past year. At 6,644 square feet the unit priced at $1,647 a square foot. The sale was made by Dora Puig after being on the market a little less than a year.

Take a look for yourself: 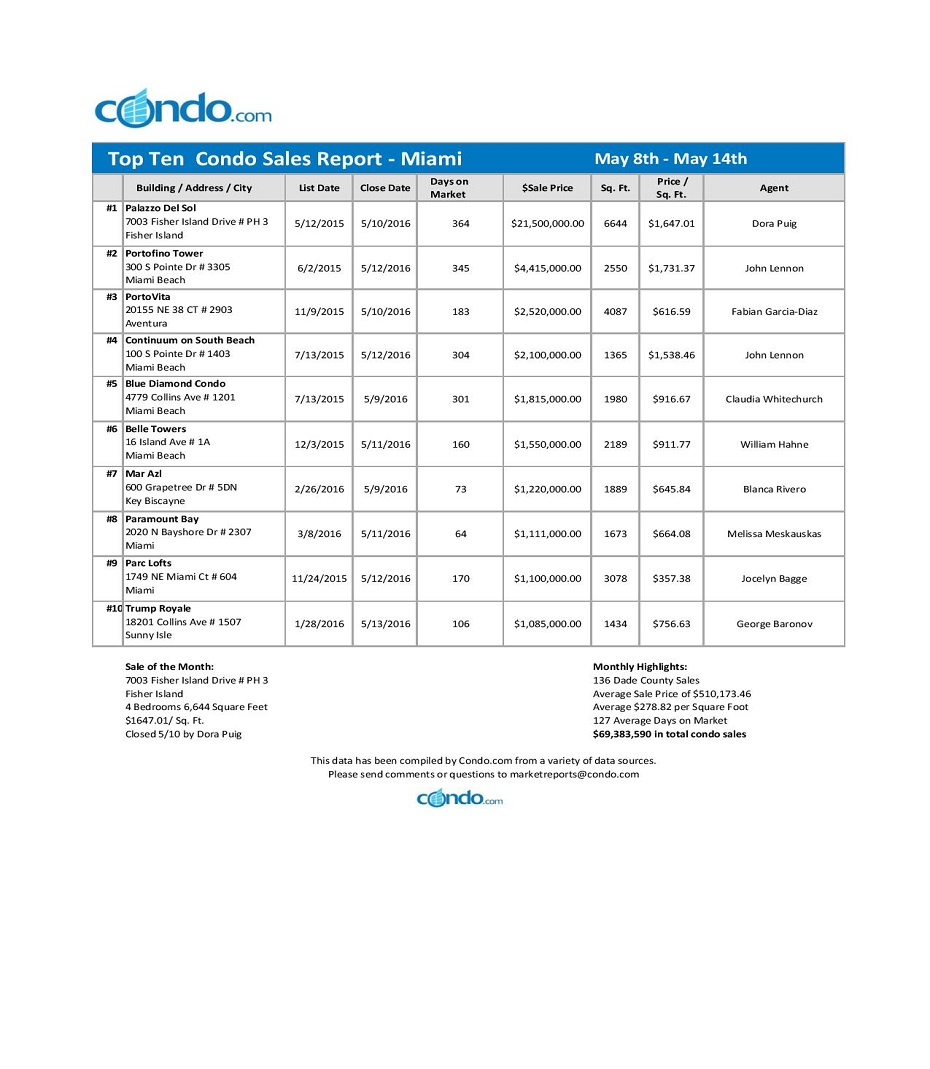