The South Florida condo market brought 2015 to a close on a good note. December 2015 average sales price for our survey markets increased 6.37% over the December 2014 average. Only Miami Beach saw a sharp decrease of -45.65% – attributed to December 2014 outlier sales of $29.9M (Continuum), $17.5M (Edition), $16.5M (Edition), and $14M (Edition). Despite being in the midst of the Holiday Season, average prices saw a modest increase over November’s figures.

The number of closed sales experienced a slight decline at the end of December, compared to the frenzied pace of 2014. Combined with the continued development of new condo inventory, the absorption rate has pushed to an average of 11.9 months across our survey area.

However, buyer’s still have a healthy appetite for condos in South Florida. Average price per square foot increased almost 2% over this time last year, led by Miami Beach at a whopping $498.35 per Sq Ft, and Aventura/Sunny Isles/Bal Harbour at $369.49 per Sq Ft.

December’s top sale was a luxury unit in the Portofino Tower located in Miami Beach, which sold for a blistering $11 Million – or $1,936.62 per Sq Ft. The Marquis Residences, located in Miami, had four sales totaling $5.975 Million – an average of almost $1.5 Million per unit. 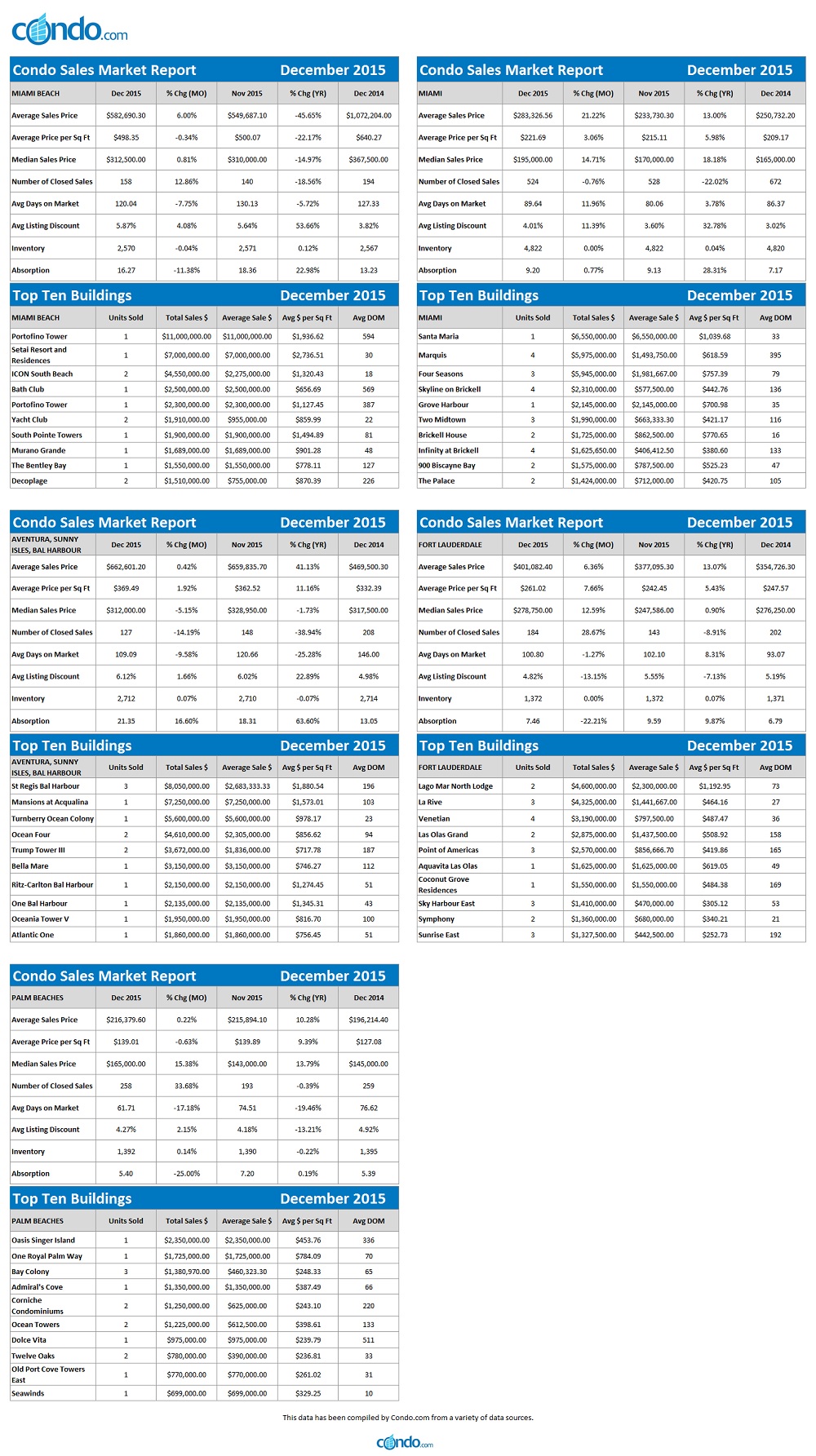